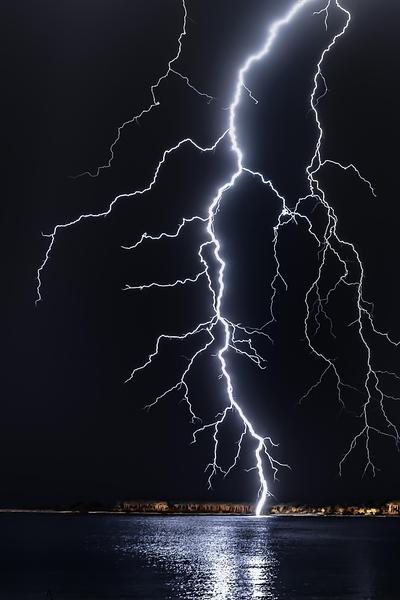 We’ve become more reliant on our internet connections than ever before. Due to COVID-19 a large percentage of the UK population are working remotely, and many are self-isolating or shielding, becoming dependent on online delivery services.

One of the worst storms to hit the UK in years wiped out internet connections for over 100,000 BT customers for an entire day. It affected one of BT’s core telephone exchanges for Scotland located in Edinburgh, impacting local users and some as far away as the Highlands. The exchange in Edinburgh is a key site in Scotland, which serves a sizable amount of the country with most of the internet traffic for BT customers and those reliant on the network - Plusnet, TalkTalk etc. going through this site. The weather didn’t just impact Edinburgh’s exchange, there were additional reports of internet outage in Eastleigh in Hampshire and in West London too.

Some may be wondering if these core exchanges are prepared for severe weather. The exchange should be well equipped in terms of resiliency and are all part of a meshed topology, so should this have happened? It does raise questions and whilst this storm was quite unusual in the amount of lightning and the flooding it caused, could these instances be on the increase given the issues of climate change? Should we be looking at how resilient this national infrastructure actually is with these extreme weather events in mind?

However, it’s not just BT who have suffered significant outages this year. An Opinium based survey from Uswitch.com claims 4.7 million people suffered a “broadband outage” lasting more than 3 hours in the past year, costing the economy £1.5bn. Bristol was named Britain’s “outage capital”, with homes that have been hit by outages suffering on average 169 hours a year of internet loss. Also, during the COVID-19 lockdown period, Virgin Media experienced a technical fault in its core network, receiving more than 30,000 reports nationally on the Downdetector service.

This outage reminds us of how this underlying infrastructure is the basis of so much of modern life. Schools across the UK welcomed students back to wi-fi-less buildings, unable to access the Internet resources much teaching now relies on. Businesses’ in-store payment systems went down, forcing customers to pay by cash – a frowned-upon practice since governments are insisting on using contactless methods during the ongoing pandemic. Those working from home were forced to use mobile hotspots if they could, or find a location supplied by a different provider to get any work done. Social services such as telecare could be affected if connectivity to vulnerable peoples’ homes becomes unavailable.

This outage does highlight how important it is that key organisations have resiliency measures in place to cope with these instances. They can’t rely on just one provider for critical services. It is also important to understand the underlying infrastructure that providers are using. Infrastructure is often shared, so using two providers may not provide the additional resilience required. Our reliance on internet-based services in all aspects of our lives is only going to increase so the reliability of connectivity will become increasingly important.