Rural Broadband: How Does Canada compare to the UK in Approaches to Addressing the Digital Divide? - FarrPoint
The Farrpoint website uses cookies to improve your on-site experience. Find out more about cookies. 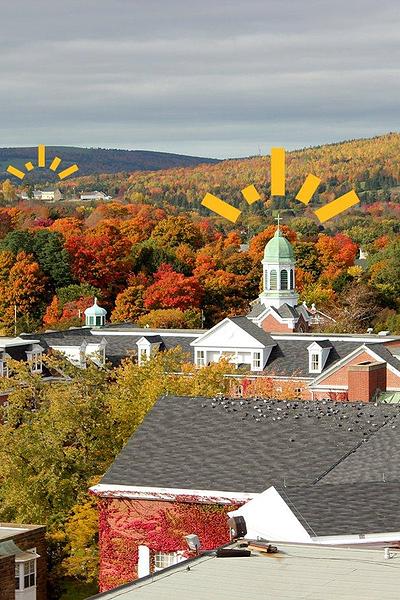 Rural Broadband: How Does Canada compare to the UK in Approaches to Addressing the Digital Divide?

This session brings together two broadband experts to share their experiences and outlook on the development of broadband into the underserved areas of their respective countries: Dave Lampron from Canada and Dr Andrew Muir from the UK.

In this session, an impartial industry expert poses a number of questions to Dave and Andrew to compare the approach to rural broadband in both countries and look to lessons learned and new actions which could be taken forward.

This is the abridged taster version, download the full Q&A PDF: HERE

Q1. In summary, what is the current state of connectivity in Canada and UK?

Dave (Canada): Urban Canada is as well connected as anywhere in the world. But you needn’t travel too far outside of the city into the less densely populated areas for connectivity services, both fixed (e.g. broadband) and mobility, to drop off a cliff.

According to the OECD (2017), which also uses the CRTC data, rural Canada lags far behind other developed nations in access to adequate and affordable connectivity services.

The UK has a much more forgiving geography to serve than Canada, and so, as a %, broadband coverage is probably better in the UK than in Canada. This is no comfort to the most remote areas of Scotland and its islands for example where service remains as poor as some parts of rural Canada.

Q2. What does the commercial telecom operator market look like?

There exists a ‘market tension’ in rural and remote areas as the larger carriers have targeted the best, most profitable areas and left the unserved areas for the small WISP providers. Because the small WISP providers are often in a precarious solvency position (e.g. if a WISP has a subscriber base of a few hundred customers, losing even a handful of them could mean bankruptcy), it leaves these outskirt rural areas in jeopardy of losing their only viable internet service option.

Andrew (UK): BT is the national incumbent and through its infrastructure arm Openreach, it owns the national infrastructure of cables and exchanges reaching across the country. There is one national cable operator Virgin Media which covers cities and many towns and reaches about 50% of the UK premises. There are a rising number of Tier 2 operators which selectively target city and large town geographies with fibre, and a number of smaller Tier 3 fibre and in some cases fixed wireless operators again with very localised footprint.

For mobile, the four national operators own the spectrum and have coverage obligations to reach 98% of the population. A new shared rural network has just been announced in which all 4 operators have joined together to commit to provide good quality data and voice coverage to 88% of the landmass by 2024, and 90% by 2026.

Q3. Outline the main government intervention programmes designed to improve broadband coverage, who funds them, who takes up the funding and what are the results?

Q4. What types of market intervention models are used and how successful have these been?

Dave (Canada): It is important to mention that the cause of the rural connectivity divide is the market. Specifically, there is no profit to be made in the timespan that dominant carriers need to make it. To alleviate the market imbalance in rural areas, interventions are required. There is no perfect intervention model. The challenge for any region is designing the ‘least imperfect’ intervention. As mentioned, the vast majority of government intervention models have come in the form of project grants based on specific program targets. As noted, for various reasons, this form of intervention mostly doesn’t work, particularly in the immediate term.

Andrew (UK): The vast majority are ‘gap funded’. The government supplies sufficient one-off capital grants to plug the gap between what a project delivers in return and what it needs to deliver in order to attract a commercial operator. These models are well understood by the market and have worked well. There is an argument that it’s a one size fits all model that begins to fall down in very rural areas where even with a one-off gap subsidy, the business case cannot be made to work.

There have also been subsidies to build community networks, but these can be fraught with difficulty as the use of public funds means control, reporting and sustainability measures have rightly to be considered. Where they have worked better, community networks have avoided such public funds and relied on more innovative models such as share issues and a work in kind approach e.g. farmer digs a trench and in return gets his premise connected and a share in the network. A well-known example is B4RN which is badged as the World’s fastest Rural Broadband.

Q5. How do communities get involved and what are the challenges?

Q6. What’s the biggest challenge facing broadband delivery and how can we fix it?

Dave (Canada): The challenges are many, here are the three most fundamental:

1) The biggest challenge is the lack of declaration from all levels of government on the criticality of access to broadband.

2) The gap in broadband availability is a business problem, not a technology problem. The underlying problem that creates the rural connectivity gap in Canada is the lack of a traditional business case (i.e. profit margin, return on investment to meet shareholder needs) for Canada’s dominant carriers do not exist in most rural communities.

3) Most of Andrew’s examples below of the biggest challenges in the UK also apply to Canada: My observation is that the UK is several years ahead of Canada in developing its market intervention approaches. There are far more similarities about the UK and Canada than there are differences. I think that there is a real opportunity for Canada to look to the UK for lessons-learned so that we can increase our maturity to better tackle this key problem.

It is a surprisingly complex industry, both in the UK and Canada, not just in the amazing and exciting technical advances, but also the telecom market and how government gets involved.

Whilst there are some differences of scale, we can recognise the similarities in the nature of the problem across the two countries, and how the range of intervention models need to be well thought through and adapted and developed as lessons are learned. It’s a big task to reach everywhere with the connectivity required to fully function in the modern world and we need to join forces where we can to work together to solve this.

Andrew is CEO of the UK based telecom consultancy FarrPoint who have supported government at all levels in the strategy, design and implementation of broadband interventions throughout the UK. Andrew is also the President and CEO of FarrPoint Inc, the Canadian based subsidiary of FarrPoint.

Dave is the Chief Information Officer for College of New Caledonia, a community college that serves northern British Columbia. He has a passion for assisting rural and remote communities in bettering access to essential services through use of technology. He formerly held roles as Chief Operating Officer of the Columbia Basin Broadband Corporation and as Director of Information Technology for the Faculty of Medicine at the University of British Columbia

• Advised on over £2bn invested in digital connectivity

• Enabled Superfast Broadband in 250 towns & villages across the Highlands & Islands

• Advised on the UK’s first analogue to digital Telecare solution - 175,000 users across Scotland