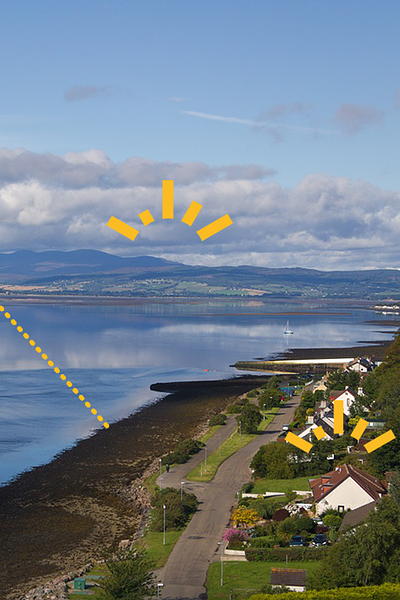 FarrPoint's new study investigates the cost, complexity, and deliverability of a number of subsea fibre options from the north coast of Scotland to Edinburgh. This route offers great capacity for tidal power generation, which could be capitalised by building a data centre, while at the same time, supporting the national growth of 5G, AI and IoT.

We were contracted by infrastructure experts, the Scottish Futures Trust (SFT) to investigate the cost, complexity, and deliverability of a number of subsea fibre options from the north coast of Scotland to Edinburgh.

SFT’s “Host in Scotland” programme aims to attract new international subsea fibre and data centre infrastructure to Scotland. The northernmost coast of Scotland offers immense capacity for tidal power generation. One option to capitalise on this potential, while supporting the nationwide growth of technologies such as 5G, AR/AI and IoT, is to build a data centre. This new report explores the feasibility of connecting such a northern data centre to Edinburgh via telecommunications cables, and analyses the cost, complexity and deliverability differential between a terrestrial route and subsea options.

The 74-page report, which is now available to the public on the Host in Scotland website, includes overviews of cable construction options and trends, a review of existing infrastructure and potential landing partners, and analysis of marine obstructions – from hard constraints like shipwrecks and energy installations to soft constraints like commercial fishing zones and nature conservation areas. The report includes recommendations for the design and construction of optimal routes, including potential build schedules and suppliers. It also includes an appendix containing carbon emissions calculations for all potential builds, an element that has not been previously explored.

Subsea portions can reduce the cost of a cable route

“This report demonstrates that including subsea portions can significantly reduce the cost of an otherwise terrestrial cable route,” said Iain Ritson, Director of Client Solutions at Pioneer Consulting. “We hope this study helps inform and empower the country’s efforts to encourage more direct international fibre-optic connectivity for Scotland as the nation boosts its support of bandwidth-heavy technologies.”

“This was a really interesting project to undertake, as it investigates the options for using subsea cables to improve the resilience of connectivity in Scotland and provide added routes into the more rural areas,” said Andrew Muir, CEO of FarrPoint. “The analysis we completed in partnership with Pioneer Consulting provided all the detail required to fully understand the options, deployment considerations, and costs. This is the first Scottish subsea connectivity infrastructure report that includes the carbon emission calculations for such a build. With tight net-zero targets ahead, such assessments should become an essential part of any infrastructure consideration.”

James King, Chairman of Host in Scotland, said: “This report adds to the body of information that will be utilised in order to develop a subsea cable landing plan for Scotland as set out in the Scottish Government’s recently published ‘Green Datacentres and Digital Connectivity – a Vision and Action Plan for Scotland’ and we look forward to developing our ideas further in the coming months.” 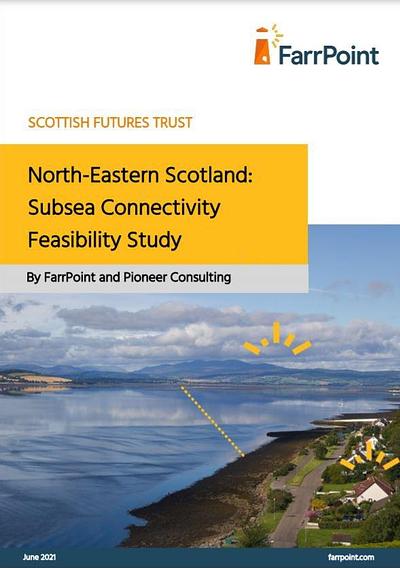 The report can be accessed here.